It wasn’t until Nebraska parents Rob and Sharon* attended their first Fresh Hope group that they realized how desperately they needed to be there. Their oldest daughter, a college-age adult, had struggled with anxiety and depression since childhood, and been hospitalized several times.

“It rocks your world, when your child is sick like that,” Sharon said. “You’re just floundering around, not knowing how you’re supposed to feel, what you’re supposed to do. You go to work, and it’s like an escape, because it’s something normal.”

Attending that first Fresh Hope meeting, Rob and Sharon were stunned to read the loved ones’ section of the tenets.

“I went through and realized I could relate to every sentence,” Rob said. “I’ve felt like a victim. I’ve pushed too hard. I’ve bailed out at times – like, ‘She’s going to have to deal with this herself; I’m too tired.’”

After attending Fresh Hope for several months, and interacting with the facilitators and other members, he says he gained insight and knowledge about one of the darkest and most confusing times of his life.

“I realized that I’d been doing some things that were pretty damaging for the relationship, meaning well. I just didn’t know,” Rob said.

He gained something else as well – hope.

Sharon said she didn’t know at first that loved ones were welcomed and encouraged to attend. At her first Fresh Hope meeting, she watched as parents and spouses around the table shared personal stories.

“Listening to them, it was like, ‘YES! I’m not weird!’” she laughed. “You go through this feeling like you can’t talk about it with anyone besides your spouse. And then you come to Fresh Hope, and suddenly there’s a room full of people who want to listen and who understand every word you say. It’s an awesome thing, and totally unique.”

Rob added that one unexpected benefit he’s gained from Fresh Hope is the ability to reach out to other struggling parents.

“It becomes clear pretty quickly that I know what they’re going through, and am a safe person to tell bad things to,” Rob said. “They can shock me with the things they say, but I’m not going to assume they’re a bad parent. Because I’ve been there. The circumstances are different, but I can sympathize, and I can listen.”

Sharon turns to him. “Maybe that’s why you’ve gone through the things you have,” she said. “It’s like that verse: ‘He comforts us in all our troubles, so that we can comfort…’”

“‘…those who are in any trouble with the comfort we ourselves receive from God,’” Rob said, smiling as he helped her finish the verse.**

“It’s been such a blessing to our family,” Sharon said. “I hope that wherever our daughter lives, she’ll have a Fresh Hope group to go to. I’m so glad she connected with one.” 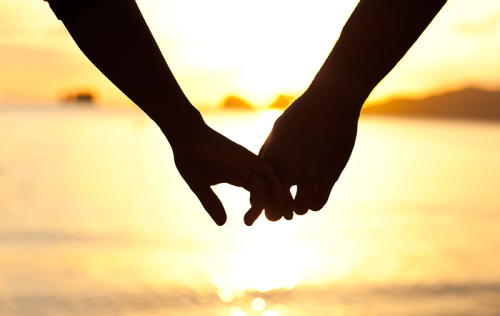